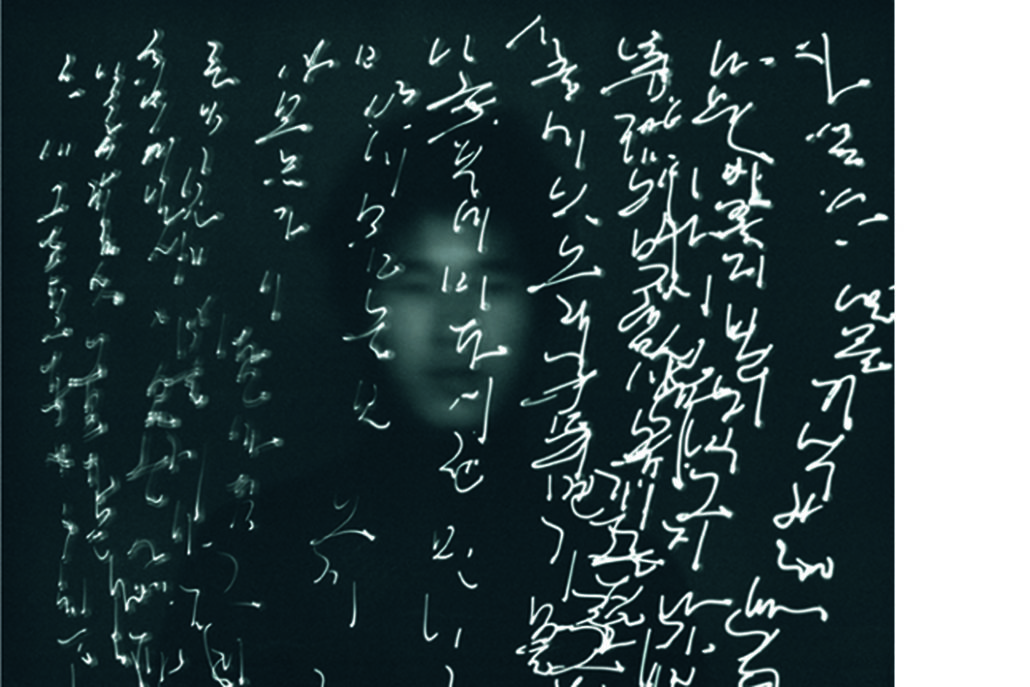 Lao Tzu’s concepts of «yu» (being, existence) and «wu» (nothingness, emptiness) have traditionally formed the basis of East Asian aesthetics as a whole. The first chapter of the Chinese philosopher’s Tao Te Ching, written in the 4th to 3rd century BC, explains that both yu and wu have a common source. Wu is the beginning of time and the foundation of all principles; yu describes these infinite principles in their mobile forms Distinguishing between these two terms is difficult, and yet they form the basis of all principles and all moving forms. This is to say that although the visible form and the invisible human mind may appear to constitute different worlds, they are fundamentally one. This traditional aesthetic ultimately underlies the work of contemporary East Asian artists as well. Consciously or unconsciously, their work is marked by that same aesthetic mindset. Sajin (1) in Korean refers to the spirit of the motif. It means spirit and body are one.

And it is here that one might locate the works of Kyungwoo Chun, an artist whose videos, performances, and photography since the mid-1990s have mainly taken humans as their subject. role=”presentation”>Most of Chun’s photographs revolve around questions of time and human perception. A majority of works in the history of Western photography reflect the photographer’s subjective perspective or engagement with the world around them. Chun places people at the intersection of time and space. He is less interested in the personality of the sitter than in the overall picture of their humanity, something that manifests in the specific physicality of the individual.

Lao Tzu’s «wu» can be interpreted as a question of time and «yu» as a matter of space or figure. Chun’s photographs show both as one. Moreover, the photographer’s introduction of calligraphy speaks to his own presence in the works. The artist’s Light Calligraphy series (2004) focuses on people’s relationship to calligraphy as a metaphor for their own memory. Calligraphy is traditionally considered the highest genre of art in Korea; people learn it as a way of cultivating their souls.

For Chun, writing is not there to be read; instead it serves to follow the writer’s train of thought. Writing done into the void, like the sound of silence, allows the viewer to feel time. It is as if the moments of life that had already passed were suddenly tangible. The artist’s deep influence on the behavior of people brings about a unity of ego and object. This is a hallmark of his work. Light Calligraphy shows a person standing in front of the camera. He writes texts – just created in his mind – into the void with a light brush.

The work shows a continuation of Chun’s portrait series incorporating extremely long exposure times, pieces such as Thirty-Minute Dialog (2000) or This Appearance: One-Hour Portrait (2001–02).Light Calligraphy demonstrates fundamental aspects of the East Asian aesthetic in the medium of photography, which is actually considered a typically Western means of representation. For comparison, 100 Questions (2004–05) – the video installation upon which the performance is based – shows the typically Western body of thought, namely the dichotomy and dialectics Chun learned while living in Europe. Indeed, the focus of the artist’s video work (in contrast that of Isaac Newton’s thesis) is the individual perception of time, which was considered a matter of course in East Asian philosophy. Chun’s work is based on this philosophy. It explains the 2003 video performance 18×1 Minute (2003–04) at ARCO Madrid, in which a person was supposed to define time for themselves. Chun’s video 100 Questions clearly shows how critical the artist is of situations in which a person is forced to answer either with «yes» or with «no», with no room for nuance. His video performance 18×1 Minute, created the year before, likewise critiques the mindset of Europeans who trust scientific order as an absolute value.

The video shows ten people being asked ten personal questions, which they can answer only with a yes or no. All one hundred questions were asked on camera. In it, you can see that it is not always possible to answer the question in that way, or that «yes» or «no» are not an appropriate response. It points to an in-between space or time, to a state that is neither clearly visible nor entirely invisible. Chun’s first solo exhibition in 1994 featured portrait photographs of himself and those around him. There I had described his works as photography [that captures] the self and others, and the disappearance of boundaries between themp. His latest work – for all the changes in terms of method – appears to be along those same lines.

Artists’ aesthetic attitudes are typically characterized by either empathy or abstraction. Here the artist chooses not to separate subject and object in any dichotomous understanding. He unites both. As Su Tungpo (2) (1036–1101), the Sung Dynasty-era Chinese aesthetician put it: “The artist looks only at the bamboo, not the surrounding people, when he paints the bamboo. He does not perceive the human being and even forgets his own existence. At the same time, he transforms himself into the bamboo and ultimately attains infinite purity. Who could understand this mysterious riddle?” Chun’s work must be understood in that same context.

(1) Sajin is ancient term for the visualization of the soul. It is also also the Korean word for a photograph. (2) Su Tungpo; also called So Dongpa in Korea.