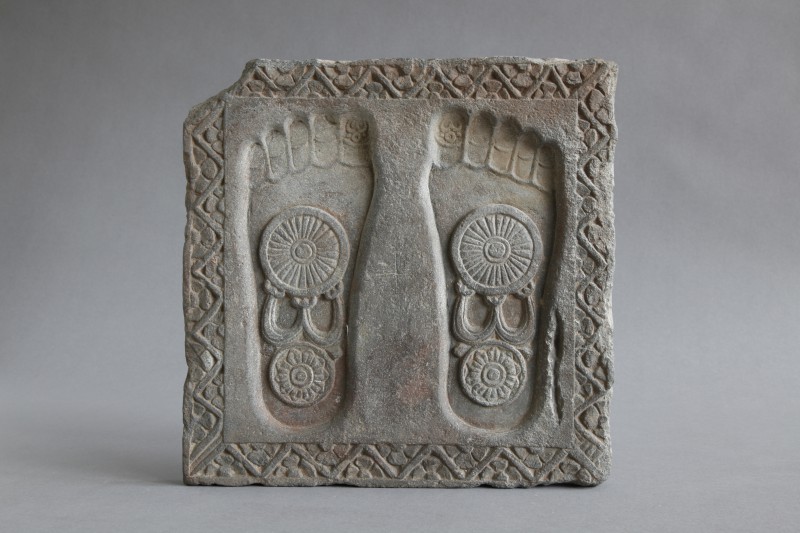 Gandhāra – a region west of the Indus River, now the border between Afghanistan and Pakistan – also describes a predominantly Buddhist trend of figurative art. Developed from the beginning of our era to the 8th and 9th centuries, work from this period shows Hellenistic influences from the Greco-Bactrian Kingdom . The Gandhāran style flourished along the Silk Road, spreading throughout Afghanistan and many of the northwest provinces of the Indian subcontinent. Discovered in the late 19th centuries, Gandhāran art’s strong classical tendency led to its being enthusiastically embraced by Western researchers. Recent research has shed light on the style as a mature product of Hellenism’s coming into direct contact with Buddhism. The anthropomorphic image of Buddha stands at the center of Gandhāran iconography; here, the Buddha is shown both as an independent sculpture and in the context of narrative, with stories favoring scenes from Buddha’s life and episodes from his previous incarnations. Dramatic representations were also used as meditation objects. Sculptures were carved primarily from the blue-gray chlorite schists typical of Gandhāran art.