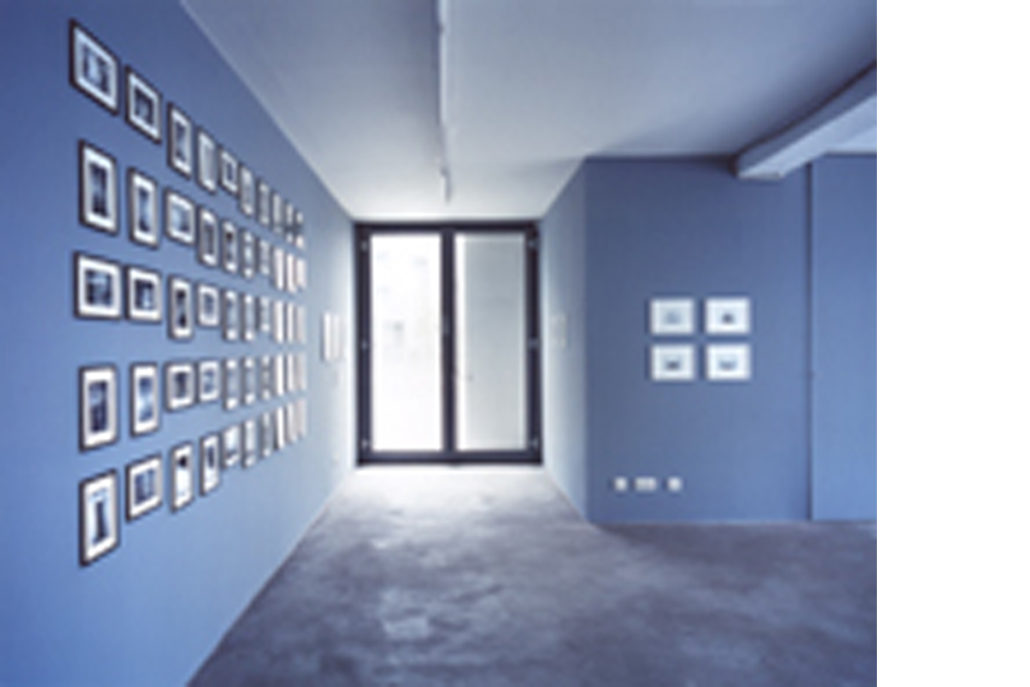 Haus ur: Time and Duration

Wall in front of wall, floor on floor, room in room: Haus ur, Gregor Schneider’s work-in-progress since 1985, consists in the duplication of that which is already there—it is the site of a material- and labor-intensive productivity that consumes itself insofar as the built-in spaces are the same as the original ones. Consequently, the actual, original existing living spaces are obscured and hidden. They become spaces of an impossible presence, the familiar turned inaccessible and uncanny. Schneider imagines two extreme modes of perceiving his construction. It may be that a visitor is not aware at all of being in a coffee nook that has been built into the existing one, the window of which is lit from behind with a lamp to simulate daylight. Curtains blow in a fan-generated breeze. Only those who gain access to the remaining corridors between the original and the retrofitted building can get behind them—at the risk of opening the wrong door at the wrong time and plunging into a deadly abyss. But the nesting of repetitive components has progressed to such an extent that even from the interstices, it is not possible to distinguish with any certainty between the original and the reproduction. For the 2001 Venice Biennale, Schneider re-built the rooms he had been building for years in the house on Unterheydener Straße into the German Pavilion—just as he had done deplacements on a smaller scale for several earlier exhibitions at different venues. The original structure is replaced by the respective exhibition architecture, which is again concealed by the built-in elements, and new interstitial spaces are created behind them.

The two immediate experiences of Haus ur correspond to two types of role=”presentation”> photographic reproduction. Some find Schneider taking central perspective, static photos of the Kaffeezimmer (coffee room) in which he stages different lighting conditions, times of day and moods; in others, he records the room over a longer period of time with an unmoving video camera. Only a light flutter of the curtain disturbs the otherwise perfect tranquility of the recording. Duration and a certain uneventfulness characterize the state of the room as it appears to the unsuspecting visitor. Then again, he takes a large number of snapshots of all the details that appear on the backs of fittings, in the spaces between them, showing materials and objects that have been deposited and stored. Clearly-labeled amateur videos (again, recorded by Schneider himself) show what a person gets to see while squeezing through the narrow corridors between the built-in and original walls, aided by a lamp and a great deal of strenuous physical effort. We hear heavy breathing, and the disturbing sound of objects being knocked around. Time begins to move. It is the time of the space hidden behind built-in elements, the time of memory. And yet its construction is marked by inexhaustibly renewed sense of postponement: aspect follows aspect, detail follows detail, object follows object, brought out of the dark, dropped back into the dark. Production of a coherent image is endlessly delayed.

Photography and video are media of reproduction and deplacement. Schneider occasionally employs them to reveal the identity of an added construction in Haus ur and to offer evidence of it in an exhibition setting: The superimposition of one space by an identical one is extended by the presence of that same space in different locations; the difference between locations is hidden by a representation of the same, built-in elements using identical recordings. Conversely, Schneider has also brought his amateur videos from the interstitial spaces and projected them in newly-created rooms behind the constructed fixtures at several exhibitions, thus reproducing what they lack of the original site. Above all, however, the artist uses photos and videos to retrospectively explore the essence of spaces that are superimposed on one another. His practice doubles what exists in the same place, the essence of these spaces, which a visitor to Haus ur experiences as two extreme forms of immediacy: in complete misrecognition of its reality or in its total, deadly experience. To this end, photo and video are media for reconstructing the times of the house.

Uneventful duration defines the space that takes the place of the original one, where the unsuspecting visitor arrives to drink a cup of coffee and engage in chit-chat. An endless movement of postponement, but also the time of memory – the time in which the hidden-away space manifests itself.