My Shadow, my Echo and Myself 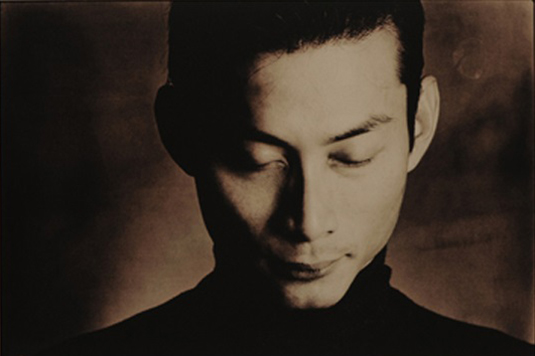 Under the title My Shadow, My Echo and I, self-portraits by Ulrich Tillmann (1951 – 2019) and portraits of Maverick Quek are shown. Ulrich Tillmann photographed his friend, the actor Maverick Quek, for many years and visualized his ideas. We see him in different poses, as macho, guru, diva, hero, or beauties. In lustful play, these depictions encircle the real identity of the actor.

Opposite them were the self-portraits of the photographer Tillmann. His pre-pictures first come from the picture world of the photo history (August Sander, Man Ray, Herbert Bayer, Rodschenko and others) and finally lead to a humorous confrontation with one’s own person.

The title deliberately left open which of the images were self-portraits or portraits. In the end, they are images of a long friendship, the search for identity through the constant checking of one’s own positions in the beautiful glow of the pictures.

Ulrich Tillmann has been closely associated with the Museum DKM and the collectors for many years. He was the creator of the cover image on the collection catalogue Lines of Silent Beauty, which also welcomes visitors to the entrance area of the museum.

Since 1986, Ulrich Tillmann, as museum director, has organized exhibitions from his project of the Klaus Peter Schnüttger-Webs Museum at various locations and staged ironic comments on the bureaucratic and market-specific handling of art under the guise of a museum exhibition. In 2002, the museum made a guest appearance at the Gallery DKM in the Inner Harbour of Duisburg.