Sebastian – Chronicle of a work 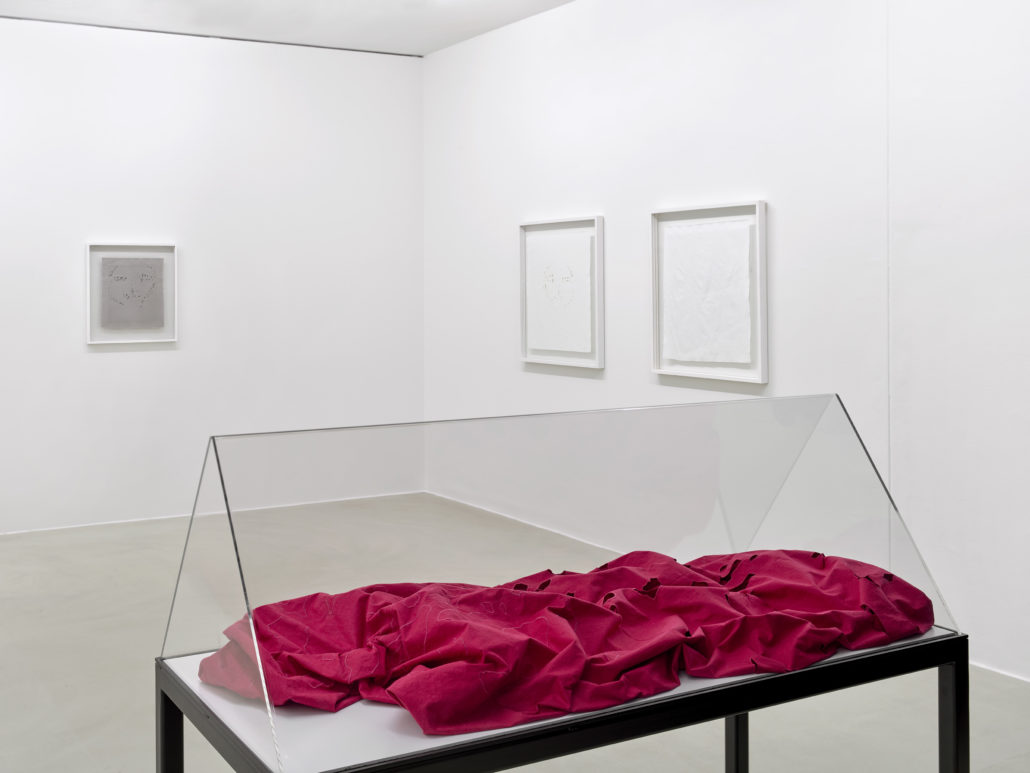 The Museum DKM showed 2018/2019 an artist’s room designed and set up by Dorothee von Windheim (*1945). In her work, the artist, who lives in Cologne, often refers to relics and saints’ portrayals in order to thematise questions of image, effigy and imprint. Often, she documents the process of development. With the chronicle of the work on St. Sebastian, she represents a context that include 44 years – almost the entire period of her artistic creativity – and illustrates her diverse methods and techniques of working. Since the opening of the Museum DKM in 2009, von Windheim has been represented in the permanent exhibition with a room that documented her Work for Hanau. So far, the sculpture, consisting of the bronze casts of two stones cut out of the corroded park wall of the Baroque castle of Philippsruhe was presented and supplemented by the documentation of the process of its development and by two pieces of a wall from Elbchaussee in Hamburg.

From November 2018 onwards, in this room a work could be seen in a showcase, which was inspired by the legend of St. Sebastian: the large red cloth with red hole embroidery abstractly recalls the martyr’s injuries, but is not spread out, but instead is shown crumpled up. Contrary to the popular representation of St. Sebastian, with his body pierced by arrows, the artist takes a less traditional approach. She formed the work by imprinting a tree whose bark was marked by deep holes reminiscent of bullets. The presentation was accompanied by the a documention of the development of the exhibited piece in the form of a textual / photographic work and of works that represent intermediate steps.

As early as 1971 von Windheim made the first imprint of a tree trunk, in which she recognized a picture of herself. The picture by rubbing it with her bare hands on a muslin cloth moistened with water reminded her of the creation of the sacred cloth of St. Veronica. Since then, the artist has dealt with this story, which she perceived as “a representation of the imprint par excellence in art history”. With the discovery of a tree, which caused numerous injuries of the bark in her associations with the legend of St. Sebastian, continued from von Windheim this practice. The result of this research was presented in this exhibition.