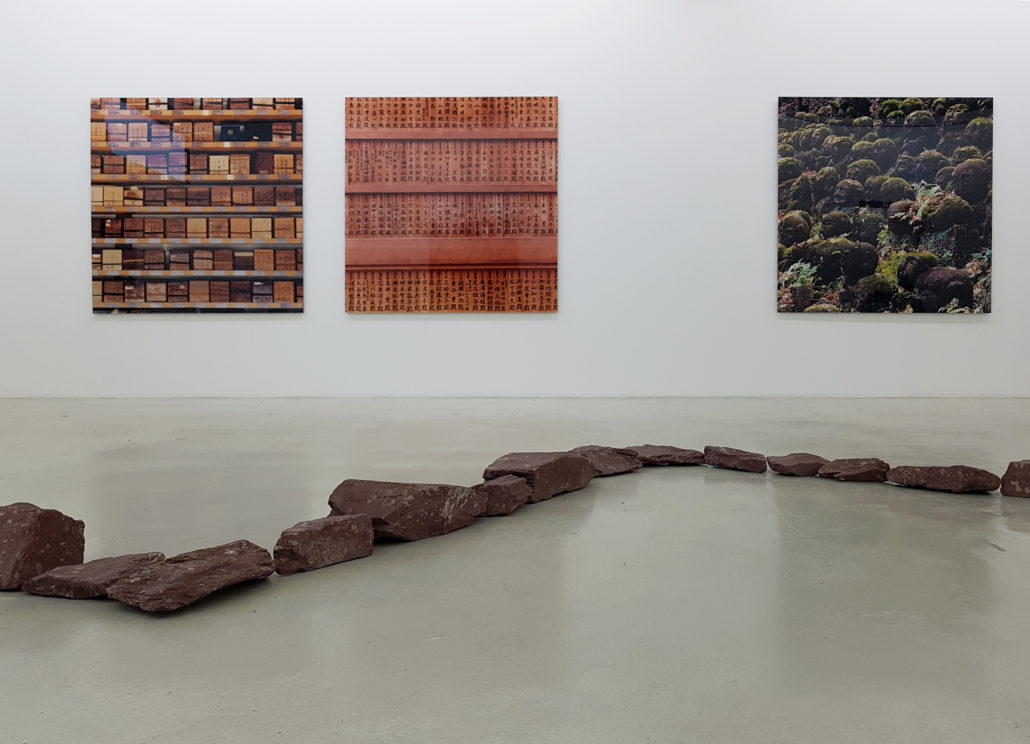 Similarities unites works by the photographer Claudia Terstappen and the Land artist Richard Long. During their travels, both artists act as seekers of special places. They collect objects that are assigned a spiritual meaning and address them in their works – albeit using different techniques and approaches.

In the series Places of worship Japan (2004), Claudia Terstappen documents sacred places. She photographs something that cannot actually be depicted, namely its aura – in the sense of Walter Benjamin – “as a unique appearance of a distance, as close as it may be”. The work Autumn spirit shows trees colored in autumn, which signal the cycle of ephemeral and renewal. The image of autumn trees thus becomes a metaphor for the volatility of life.

Richard Long, on the other hand, turns the cultural technique of hiking and walking into art and creates works as souvenirs of a spiritual journey. Long’s guiding principle is the moment of transformation – he transforms the subjective experience of nature through his movement into art and thus thematizes the transformation of things as well as the change of time and context as a concept. The outside space becomes an inside sculpture that works in space and as a space.

The mythologically charged forms of labyrinth, spiral, circle and line might reflect the motif of the path of life. The Red Stone Line (Bern, 1977) is a unique shape in Long’s work. It has been on permanent loan in the Lehmbruck Museum since 1992 and is now on display for the first time in the DKM Museum.