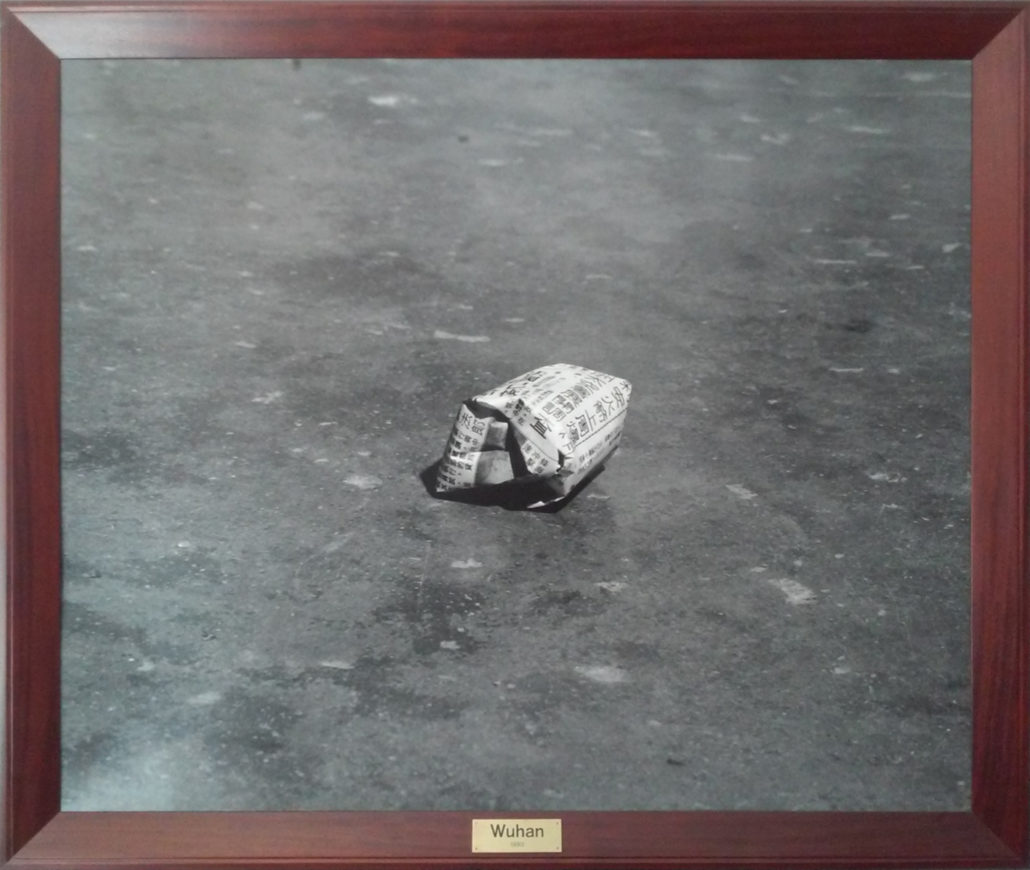 During a stay in China in 1990, the artist realized the work Wuhan. She asked herself the question: How can you approach a city artistically or spiritually in which you are not at home? For the Chinese metropolis wuhan, twin city of Duisburg, she found a box with two Buddha figures. She hit it in a Chinese daily newspaper. The supposed “souvenir”, also a traditional symbol of happiness, appears, hidden in the daily newspaper as wrapping paper, updated, seemingly, very profane. A lost package lying on the street, filled with spiritual energy, lets the viewer literally feel the tension between centuries-old tradition and frenziedly fast and short-lived moments of modernity.
The photo Wuhan has been hanging in the Museum DKM since its opening in 2009. The corona pandemic, which began in Wuhan, gives it a frighteningly topical reference to time and place!