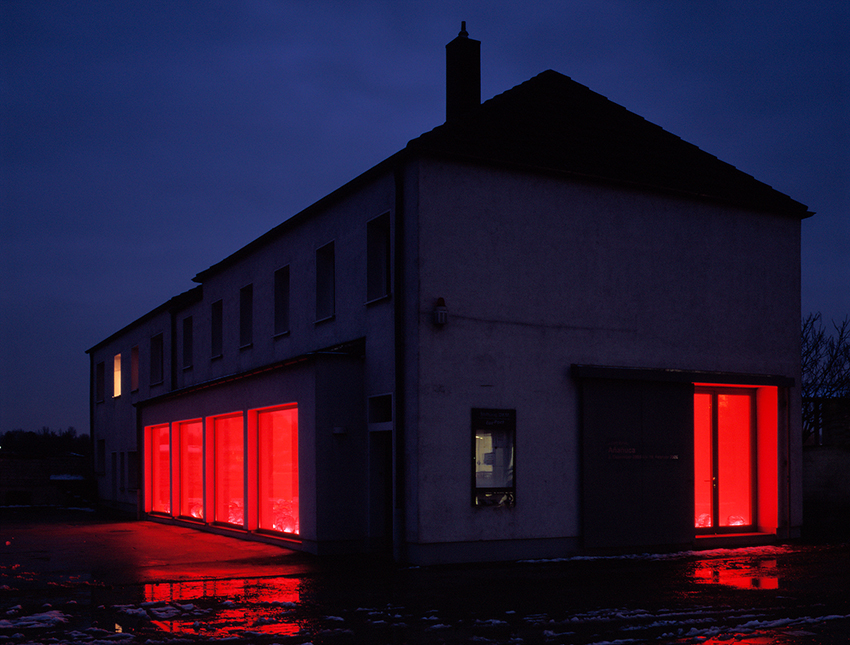 In Chile’s art scene, Julen Birke appears as an active member of a new generation of sculptors who, since the mid 90s have engaged in a decisive renewal of their artistic practice. In order to assess the impact that this movement has had on Chilean plastic arts, one has to bear in mind that historically, Chilean sculpture had fallen behind other visual manifestations. Even in the mid 90s Chile was still governed by classic canons of sculpture linked to the commemorative logic of the monument or else the modernist canon of sculpture as autonomous object. The vast majority of the sculptors continued to work with monolithic forms and traditional materials, noble and long lasting, so that experiments in the fields of language and materials were rare.

The new sculptors mark a radical turn in the understanding of the sculptural object through the investigation of forms, techniques and materials coming from the world of industry and consumption while, at the same time engaging in a new communicational treatment of the object, its surroundings and the spectators. Sculpture thus ceases to be that object closed upon itself, to become a provocative stimulus that questions space and the gaze.

The work of Julen Birke incorporates a series of breaks with traditional sculpture. On the one hand, her pieces are not unique but serialized reproductions. On the other hand, she chooses materials that belong to the everyday world of consumption and very particularly to the realm of textiles. Her sculptures are objects made of cloth, plastic and rubber bands, realized using the techniques of fashion design, which gives them a familiar and, at the same time fragile appearance. Instead of “noble” and “durable” materials, Birke chooses everyday materials that may be vulnerable to the weather conditions and everyday wear and tear. Her objects, rather than being solid, are usually soft and many times inflatable. As a result, the spectator facing her work substitutes the distance he/she would have in connection with a sacred and solemn object for a more friendly approach. She sometimes attempts to sit on a sculpture simulating an inflatable cushion or, like a cat plays, trying to reach an object hanging like a balloon in a birthday party.

Birke’s pieces are conceived from an alternative to the logics of power and, in this sense, they reivindicate a new sensitivity. They are, undoubtedly, works that prefer dialogue over contemplation, play rather than respect, emotion over reason. They are, in short, works proposed as communicational stimuli that need the ‘other’ in order to complete their meaning.

Although her work is conceived from the standpoint of the dialogue with the viewer, she also incorporates the immediate environment. Each piece is conceived and designed to make sense in a specific place. Thus, what Birke constructs are true sculptural installations, where the core issue is the group effect and the capacity to trigger new senses that question the space and the gaze. It is important to note how Birke has increasingly radicalised her concern with space. Thus, for example, if her early work were objects laid out in an exhibition room, by 2002 she already installed objects in the open countryside taking sculpture to an intervention of the landscape, in a broad sense, more in the line of Land Art. There undoubtedly is a reinterpretation of landscape from a sculptural standpoint, which can be perceived not only in the choice of location to install them, but also in the recurrence of appearances, colors and forms characteristic of rural, urban or artificial landscapes. 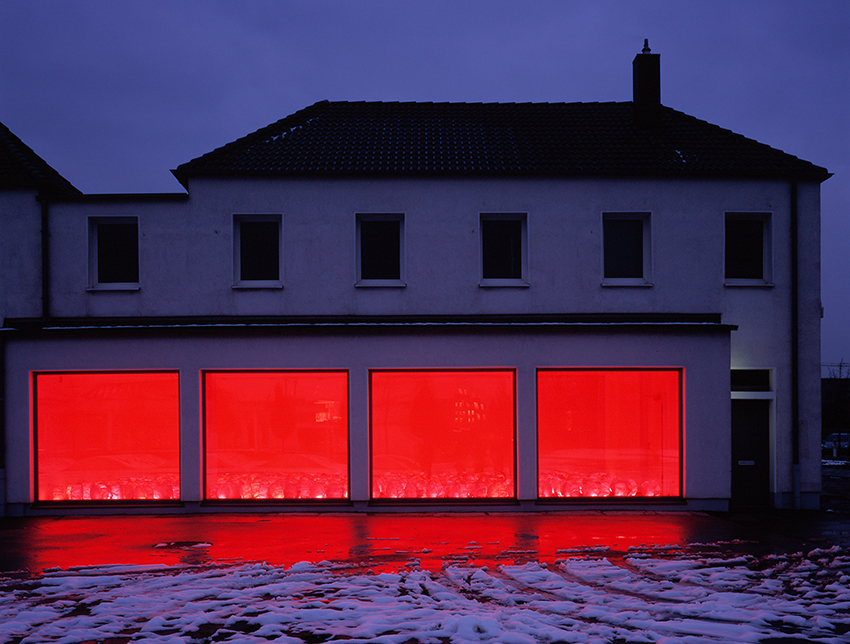 One undoubted merit of Birke is having achieved her own visual profile: wherever one sees her work one can recognize the characteristic mark of authorship. One could say that Birke is not interested in the search for “novelty” or impact, but rather in developing and deepening her own visual thinking, working with rigorous and methodical insistence on her formal and theoretical obsessions. Birke generates a sense of coherence that allows one to bet on the consolidation of her proposal.

The piece called Añañucas that Julen Birke presents now summarizes and empowers several of the constant aspects of her work process. Generally speaking, what she does is to conjugate two conceptual elements: the historical quote of the environment and the sculptural re-elaboration of landscape. The artist explains this process as follows: “I am interested in populating or invading the space, taking on the problem of the habitability of the place, for which purpose I use serialization on the basis of a standard module, generating a system of appropriation. I am working with the referents of nature, both in the process of organic proliferation of the modules as well as in the colours that characterize it.”

In this opportunity, the artist begins by reflecting on the space of exhibition: the Stifftung DKM Gallery, which is located in the city of Duisburg, a port with a strong industrial past that can still be seen through some structures that have been conserved in the urban project called Garden of Memories by the English architect Norman Foster. The main idea was to create a site of memory that recalled the heyday of the port. The gallery building was inserted in the industrial park of that period and was one of the buildings that survived in what today is known as the Garden of Memories.

Julen Birke develops this historical, cultural, and visual antecedent under the notion of an industrial site (and for that reason, barren, artificial) that, through the mechanisms of nostalgia, is capable of becoming a garden of collective memory. Based on this concept, she realizes an analogy with the flowering of the desert in Chile, a phenomenon that takes place during spring in one of the most arid deserts in the world (Atacama Desert, Chile). This is a place where no one imagines that a seed may germinate, but the miracle occurs year after year and tourists flock to the area to witness this colorful spectacle. Her work, in sum, consists of the installation of a sculptural reinterpretation of the flowering desert within the space of the gallery, which functions as an oblique quote of the environment in which the exhibition room is located, Julen chooses to use as a specific referent the Añañuca, a pink flower that flowers together with the rest of the flowers in the desert. Thus, each piece is the equivalent of one flower. The columns are illuminated on the inside (generating a pink atmosphere) and generating a projection of light towards the outside, creating a bridge between the internal garden, which she creates, and the outside garden, which is also illuminated. In the darker months, Julen not only creates a luminous garden made up of sculptures-lamps, but she also turns the gallery itself into a lamp, empowering its architecture and its display window design, which includes many windows through which light enters and comes out. In technical terms, the piece consists of 300 cylindrical volumes of 33.5cm in diameter and 18cm high, produced using pink dust cloths. Each volume has a light bulb inside, and transparent cables interconnect them all.

It is interesting to consider that Julen Birke has been living in Germany for a while, which has implied a reorganization of her creative work according to the possibilities offered by the new environment. Together with being an obstacle, this has represented a challenge for her and an opportunity to rethink the context and discover other alternatives that will undoubtedly expand her language. This exhibition speaks of a desire that crossed oceans to finally settle in a distant city, incorporating into her luggage the energy of the journey itself.