You can watch the video “Sichuan 4851,” which was shown during the exhibition, on Youtube.

A booklet was published in German and English for the exhibition. 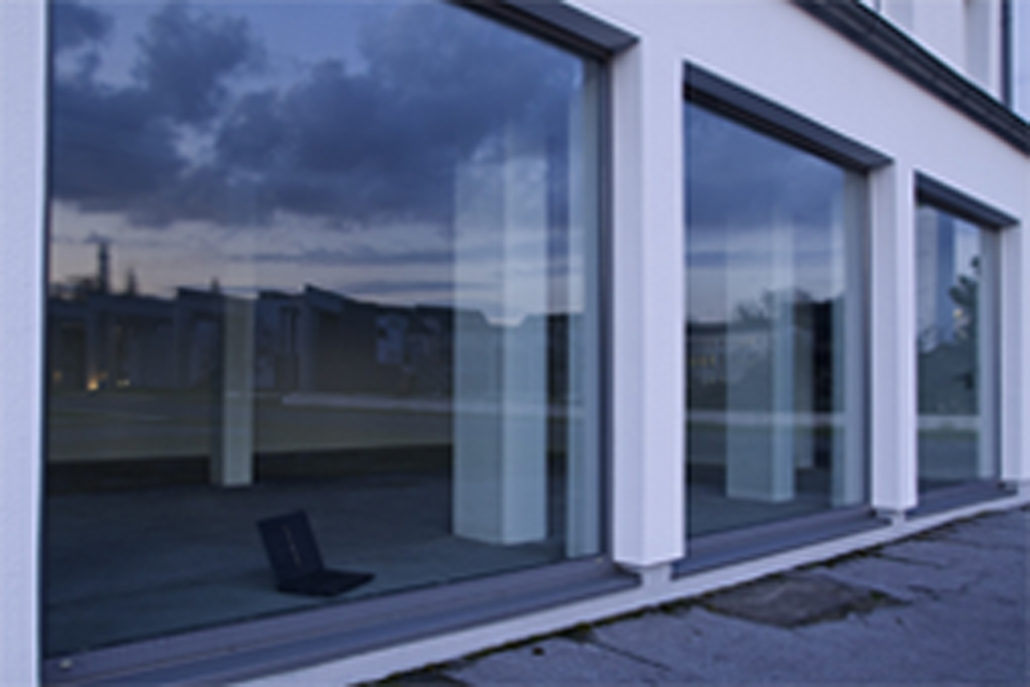 Even dust can tell a story

Every examination of the horrifying earthquake in Sichuan begins with the ruins left in the wake of this natural and man-made catastrophe. If architecture is to have something more to do with human dignity and humaneness in the future, then we must learn to correctly interpret the traces in the ruins. We will then also discover why buildings which were previously considered safe and which were intended to protect us from the inclemencies of nature, ultimately led to extinguishing so many human lives within a matter of seconds.

As an architect, I ask myself again and again: Why are these people dead? That is a very simple question. But there are not many who want to answer it; they want to hide the truth because they are ashamed, because architecture in this sense has become a political question. That is why no one explains to the people in this country why so many school children had to perish in this natural catastrophe. That has something to do with the society in which we live and which calls itself People’s Republic and whose media are largely concerned with hiding the truth from the people.

That is why I have worked with hundreds of volunteers for more than a year at gathering and securing facts, data and evidence. We were, for example, able to obtain the names of over 5000 school children who were killed during the earthquake, their ages, dates of birth, places of death and the construction defects that caused their school buildings to collapse. We interviewed their parents. It soon became apparent: It was an awful, awful mistake to swiftly construct these buildings without paying attention to any building regulations or safety directives. No one, of course, is prepared to accept the responsibility, least any politicians. You hear: “We have done nothing wrong, the earthquake is to blame.” But the hypocrites knew better because non of the adjacent buildings collapsed. Some of them were even older and not in good conditions. Only the school buildings collapsed, killing thousands of children in the process. One more time: Why did these people have to die? At the earthquake site we found the truth simple and direct. It is shockingly simple. The world of Chinese architecture is nevertheless trying to hide it, let alone address the matter of the responsibility of the architects. The government explains that 2500 persons were missing in the buildings erected by state architects. There are no indications of misbehaviour on the part of the public officials. That is a lie and it is a terrible disgrace for all Chinese architects that no one is willing to stand up and make his voice heard in protest. The volunteers who are helping us find the causes for collapse have to crawl under barriers at night (the grounds are surrounded by the police during the day) in order to secure samples and other pieces of evidence. We are still occupied with hunt for clues. In 2010, we will present a comprehensive report of the results of our investigation. The planning and permit authorities are not at all interested in clearing up the matter. On the contrary, they see to it that the models of the collapsed buildings disappear and the drawings redrawn. In order to veil planning errors, their henchmen even switches samples from other construction sites with the rubble. That seems crazy, but it makes it clear why the ruins are a political issue. Even dust can tell a story.

The government and the party are making use of the catastrophe in order to implement an even stronger centralisation of power and control. Their information monopoly helps them in the process. The opportunity to channel public opinion and the flow of money in the desired direction and bring society even more under their influence seem the only thing in their minds. They always have that in mind. Community, memory and living condition of the people mean nothing to them. It is a tragedy: We live in totalitarian society that can only function when the human rights of the individual are pushed aside. Even worse: The earthquake enabled the authorities a chance to arbitrarily redefine every aspects of civil rights in their own interests: right to speak, right to move, right to stay. But this time it may be the case that the state has gone too far in its attempt to boss around its citizens. The earthquake catastrophe could play a key role. Many thousands of citizens, most of them poor, simple workers and farmers, refuse to partake in the organised official remembrance ceremonies, no longer wish to stand anonymously behind the state’s flag and solutions, demand the right to a very personal remembrance as the parents of their children. These workers and farmers loved their children, sent them to school and sacrificed much to do so. Children are their hope, perhaps would attend university in the city and lead a better life. The state ordered a strict one-child policy in China. For many families, the death of the child means the end of their dreams, their hopes and the loss of their future.

But the state is not concerned with personal feelings. A mother told me that she received a message on the day after the death of her daughter saying that the 5 Yuan allowance she received for following the one-child policy would be discontinued effective with the beginning of the following month. The child was dead and she was therefore no longer entitled to the allowance. That is inhuman and cruel. This mother explained to me that she did not want any money from the government. But she did expect that her daughter be honoured in some appropriate fashion. “She lived happily for seven years in this world.”

The government sees the matter differently. It builds prestigious projects and apploud themselves for successfully saving many lives. The media that have been brought into line report with painstaking comprehensiveness about which political leaders headed the on-site relief efforts. Many officials are corrupt, they cannot think any differently. A German president said once in 1985 that the values of a society can be seen in the way it deals with its weakest members. In China, we are unfortunately far removed from that. Here, the weakest, the people who stand on the lowest rungs of the social hierarchy are not even allowed to ask why . And if they nevertheless do so, then they are interrogated or even arrested. I possess numerous documents containing unofficial instructions about how to deal with those who continue to ask critical questions. They are intimidated, shadowed, beaten, and arrested. They are brainwashed and threatened that they will never find a new job or a new apartment. Only because of their insistence on asking why the school buildings collapsed…

The government and the party have no interest in letting the desire for communality or self-organisation take hold in the country, to say nothing of the principle of helping people help themselves or the dream of true grassroots democracy. To do so, the power holders would first have to muster up the courage to implement the right to an education, emancipation and self-determination for all. They are taking the easy path for now, fobbing off the parents who lost a child in the earthquake by compensating them 60,000 Yuan (6000 Euro). Inquiries or protests are ignored or brusquely rejected: “That’s your problem; you were already paid.”

Information and opinions can be transmitted faster than ever before in the Internet age. And the party and the government will fail with their principle of censorship and the repression of the freedom of expression. The Internet touches on a raw nerve of the government. Walls demarcate the places where one’s rule ends. We know the Great Wall from our history; we are now getting the Great Firewall. The power holders are attempting to curb the free flow of information and prevent the populace from autonomous thinking and the free exchange of opinions.

Activities help this society to become more civil. It is the last boundary wall. We will be able to build a free society when the barrier of expression is knocked down. That is what the ruling party is so afraid of. They shut down many mini blogs every day, mine as well, naturally; they shut them down time and time again, threaten and arrest active bloggers. A merciless form of state capitalism dominates China that does not want to recognize freedom of expression and censor every publication which dares to call for more democracy. But the heads of the party and the government are becoming nervous. They fear that the exemption to use Internet could cause the next revolution in the People’s Republic of China. And to say it clearly: Sooner or later, the next revolution will come.