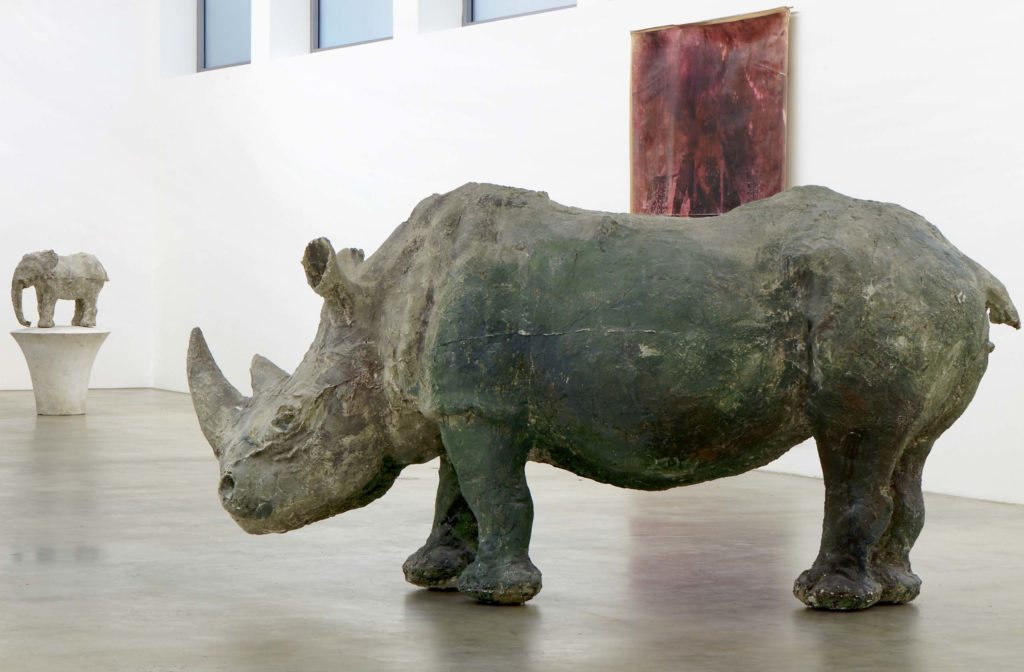 In the exhibition Einerlei wo außerhalb der Welt (Wheresoever out of this world) in the Museum DKM, the sculptures and photographs of Johannes Brus (*1942) were re-located under the subjective gaze of the museum and inserted into the contemplative collection. Brus works primarily as a sculptor. His central themes – foreign and archaic cultures, exotic journeys as well as mythological and mythical figures – he also opens up in photographic works. The sculptures and photo series on almost 300 m² allowed the viewer to immerse himself in a sunken and magically charged world.

The photographic works created by Brus in an elaborate process remain ambiguous. Like sculptures with clay or plaster, he models photographs with light, chemicals, and paint. Indefinable, often dark color spaces are used to break away vague schemes of architecture, animals, people. Thus, the photographs of Maharaja’s ornamentally overgrown and thus dematerialized or the living and resting/dead elephants appear. The exhibition offers unexpected, exotic and at the same time individual sensory experiences.

Since 1983, animals have dominated Brus’ sculptural and photographic oeuvre, which, due to their sculptural presence, still challenge his artistic interest to this day: besides the elephant, it is above all the horse and the rhinoceros.