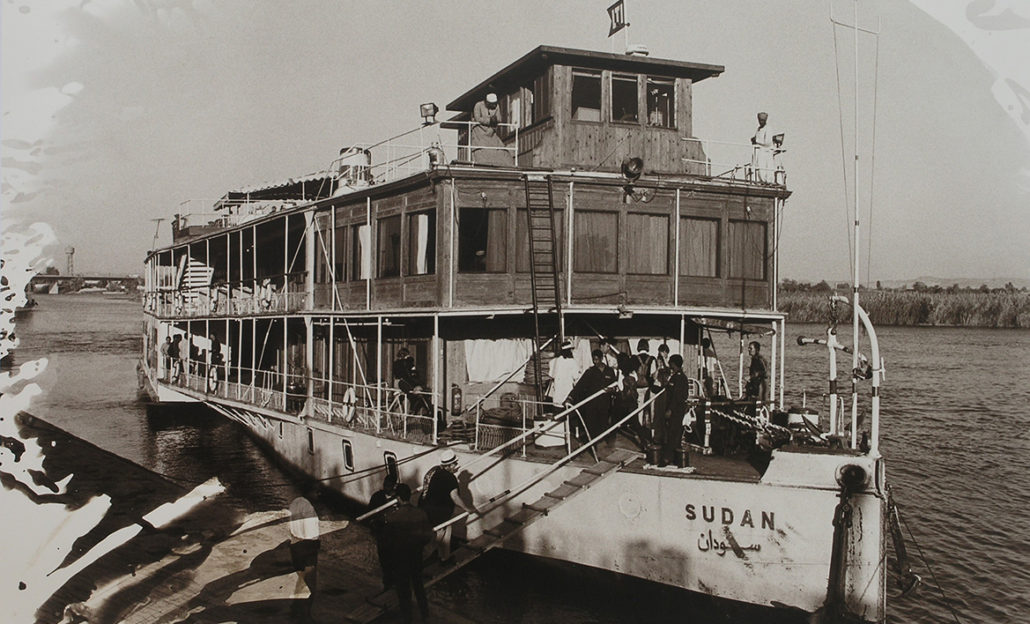 While in the first part of the exhibition series the architectural elements of the pyramids are in the foreground, in the second part portraits of friends and guides, the little house by the sea, which for a short time was to become Ulrich Tillmann’s studio, as well as the crew of the ship Sudan stand out. The captions, which the artist placed under the photos, partly commenting on them, may be a reference to the travel diary from Egypt by Gustave Flaubert, who traveled through the country in 1849 together with his friend, the photographer Maxime du Camp, but here they become especially a testimony to Ulrich Tillman’s humor, who combines the history of photography and irony to create his personal Egypt diary.