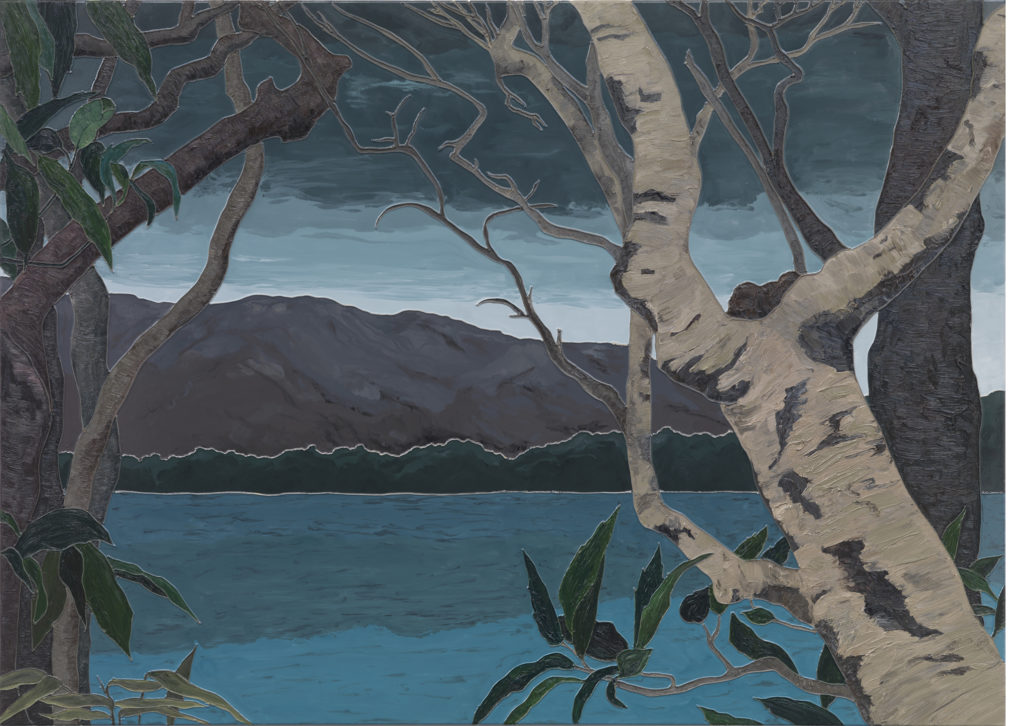 Sven Drühl (*1968) has been working intensively on the Japanese New Print Movement since 2007. The so-called Shin-hanga has its roots in Japan in the 1910s and 1920s. The Shin-hanga artists referred on the one hand to the tradition of Japanese woodblock prints since Hokusai and Hiroshige, and on the other hand to influences from Western art of the 19th and 20th centuries, such as the motifs of German art of Romanticism and the setting of light of Impressionism.

For many years, Sven Drühl has been dealing with landscape motifs of art history and contemporary art in his artistic work. At the Museum DKM, a selection of his large-format paintings was juxtaposed with the small-format Japanese Shin-hanga templates until January 2016. The exhibition highlighted the interrelationship between Western and Japanese art, which has been characterised by a particular complexity since the middle of the 19th century. Japonisme is a room dedicated to works by Alexander Koester, Emil Orlik and Julius Bissier, among others, in the permanent exhibition of the Museum DKM.

The exhibition was accompanied by a booklet with a text by Rasmus Kleine and many images.